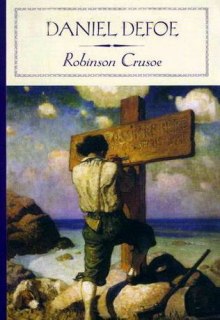 Son of a middle-class Englishman, Robinson Crusoe takes to the sea to find adventure. And find it he does when on one of his voyages he is shipwrecked on a deserted South American island for thirty-five years. After scavenging his broken ship for useful items, he had only his skills and ingenuity to keep him alive as there was to be no one else on the island for the next twenty-four years. In the middle of that twenty-fourth year he rescued a native about to be eaten by cannibals who were using his island for a place of feasting. Crusoe named this man Friday, after the day of his rescue. Friday became his faithful servant and friend, even returning with him to England after their deliverance by an English ship. Listeners will enjoy Crusoe's determination for survival against all odds and admire the spirituality that gave him the strength to survive. A hero through the ages, he richly deserves the admiration that has endured over three centuries.
Рекомендации
Подписаться на новые комментарии
Комментарии 5
Для написания комментария авторизуйтесь.
+1

ххххххххххххххххххххххххх ххххххххххххххххххххххххх 6 мая 2019 #
In 1712 Daniel Defoe met a sailor who told him a very interesting story; the sailor's name was Alexander Zelkirk. Alexander Zelkirk quarrelled with a senior officer in the ship and was put ashore on an island off the coast of Chile. For more than four years he had lived quite alone on the island. He was saved by a ship putting in this island for water. When the sailor returned to London, his story became the talk of the town. Several stories about him were printed, read and then forgotten. Daniel Defoe could not forget the story. The sailor's experience produced a great impression on him and he started writing a story. He chose an island in a different part of the world, changed the name of the main character and created a very interesting book. As Defoe was a journalist, he was able to make the story seem absolutely true. As you know the book about Robinson Crusoe was a great success not only in Great Britain but also in many countries of the world. Both children and grown-ups read it with great interest. But the true story of Alexander Zelkirk is practically unknown today. I'm writhing about it to let you know the prototype we have to be greatful to who rovoked Daniel Defoe to wirite his story.
+1

Alberto Asdrubal 11 марта 2021 #
Omg I didn't realise that we can listen books in English and French, I love that idea, best wishes from London!